William Leonard Pickard (born October 21, 1945 in DeKalb County, Georgia) is one of two people convicted in the largest lysergic acid diethylamide (LSD) manufacturing case in history. In 2000, while moving their LSD laboratory across Kansas, Pickard and Clyde Apperson were pulled over while driving a Ryder rental truck and a follow car. The laboratory had been stored near a renovated Atlas-E missile silo near Wamego, Kansas. One of the men intimately involved in the case but not charged due to his cooperation, Gordon Todd Skinner, owned the property where the laboratory equipment was stored. The DEA has claimed that Pickard’s arrest led to a 95% drop in the availability of LSD in the US in the two years following the arrest, although this claim is refuted by Pickard and others.

Was this guy the inspiration for Mr White?

i guess 1% of grammarly users are geeks

that’s what you get for being loquacious!

it’d expect it to be faster. this is from an AWS Workspace connect to Netflix’s speedtest service.

are the engineers just having some fun with me?

Bottomless cloud storage at cents per gigabyte for your cold tier might sound like the end of tape, but there’s more to consider than cost.

We did some digging on Glacier. Per the SEC, Glacier is not yet a D3P (Designated 3rd Party Compliance Provider). The Q&A below mentions this (from 2015):

It’s possible AWS S3 may offer D3P servicing in the near future. But it is unknown as the SEC is very tightlipped on just about everything.

Yeah. I hope a magical announcement happens in the very near future (likely not)

The latest Tweets from Kelsey Hightower (@kelseyhightower). Minimalist. Portland, OR

On Thursday, the Australian government and its Labor partners rammed a shockingly invasive anti-encryption law through Parliament, over the objections of experts, businesses, and civil rights groups. It endangers the security of everyone who uses online services, and it places an unprecedented burden on tech companies to attack the very users they set out to serve.

Thanks for the tweet links folks! and @maarten for asking

Find visa requirements of countries across the world

Get latest visa requirements and document checklist for different countries. Check if you can travel visa free or visa is required. Also find travel information for these countries. No more contradicting, confusing and outdated information about visas

In October, we announced that we’d be sunsetting the consumer version of Google+ and its APIs because of the significant challenges involved in maintaining a successful product that meets consumers’ expectations, as well as the platform’s low usage.We’ve recently determined that some users were impacted by a software update introduced in November that contained a bug affecting a Google+ API. We discovered this bug as part of our standard and ongoing testing procedures and fixed it within a week of it being introduced. No third party compromised our systems, and we have no evidence that the app developers that inadvertently had this access for six days were aware of it or misused it in any way.With the discovery of this new bug, we have decided to expedite the shut-down of all Google+ APIs; this will occur within the next 90 days. In addition, we have also decided to accelerate the sunsetting of consumer Google+ from August 2019 to April 2019. While we recognize there are implications for developers, we want to ensure the protection of our users.Details about the bug and our investigationOur testing revealed that a Google+ API was not operating as intended. We fixed the bug promptly and began an investigation into the issue.Our investigation into the impact of the bug is ongoing, but here is what we have learned so far:We have confirmed that the bug impacted approximately 52.5 million users in connection with a Google+ API.With respect to this API, apps that requested permission to view profile information that a user had added to their Google+ profile—like their name, email address, occupation, age (full list here)—were granted permission to view profile information about that user even when set to not-public.In addition, apps with access to a user’s Google+ profile data also had access to the profile data that had been shared with the consenting user by another Google+ user but that was not shared publicly.The bug did not give developers access to information such as financial data, national identification numbers, passwords, or similar data typically used for fraud or identity theft.No third party compromised our systems, and we have no evidence that the developers who inadvertently had this access for six days were aware of it or misused it in any way. We have begun the process of notifying consumer users and enterprise customers that were impacted by this bug. Our investigation is ongoing as to any potential impact to other Google+ APIs.Next steps for Consumer Google+We will sunset all Google+ APIs in the next 90 days.  Developers can expect to hear more from us on this topic in the coming days, and can stay informed by continuing to check the Google+ developer page.We have also decided to accelerate sunsetting consumer Google+, bringing it forward from August 2019 to April 2019.  We want to give users ample opportunity to transition off of consumer Google+, and over the coming months, we will continue to provide users with additional information, including ways they can safely and securely download and migrate their data.A note for our enterprise customersWe are in the process of notifying any enterprise customers that were impacted by this bug. A list of impacted users in those domains is being sent to system administrators, and we will reach out again if any additional impacted users or issues are discovered.G Suite administrators are always in control of their users’ apps. This ensures that G Suite users can give access only to apps that have been vetted and are trusted by their organization. In addition, we want to reiterate that we will continue to invest in Google+ for enterprise. More details were announced in October.We understand that our ability to build reliable products that protect your data drives user trust. We have always taken this seriously, and we continue to invest in our privacy programs to refine internal privacy review processes, create powerful data controls, and engage with users, researchers, and policymakers to get their feedback and improve our programs. We will never stop our work to build privacy protections that work for everyone.

yea, this is a real thorn in their side

It could have been worse, folks could actually be using G+

as one of our folks quipped, “wow, Google+ is still a thing? both users must be terribly disappointed”

devops pictures are so gooood ^^

5 Lessons Learned From Writing Over 300,000 Lines of Infrastructure Code

A concise masterclass on how to write infrastructure code

Haha ya he nailed it

Etsy - Shop for handmade, vintage, custom, and unique gifts for everyone

Naw that ain’t my thing

Used to do commercial printing

Go Fast and Break Things: The Difference Between Reversible and Irreversible Decisions

Reversible vs. irreversible decisions. We often think that collecting as much information as possible will help us make the best decisions. Sometimes that’s true, but sometimes it hamstrings our progress. Other times it can be flat out dangerous. *** Many of the most successful people adopt simple, versatile decision-making heuristics to remove the need for …

A lot of decisions are reversible I realize

Which has reduced my analysis paralysis

Yep, that’s a great filter, so hard to explain to some folks that seem to think everything should always be perfect/right on the first try

hehe, I’m in love with https://mermaidjs.github.io at the moment, it should be possible to get the same result

TBH @Gabe I didn’t try graphviz ! I used mermaid because it was already available inside vuepress.

Parrot uses Alexa to order watermelon, lightbulbs while owner is out The parrot also uses the device to play music and tell jokes.

And people wonder why github is slow sometimes.

only 90ties kids will understand

How much is social media worth? Estimating the value of Facebook by paying users to stop using it

Facebook, the online social network, has more than 2 billion global users. Because those users do not pay for the service, its benefits are hard to measure. We report the results of a series of three non-hypothetical auction experiments where winners are paid to deactivate their Facebook accounts for up to one year. Though the populations sampled and the auction design differ across the experiments, we consistently find the average Facebook user would require more than $1000 to deactivate their account for one year. While the measurable impact Facebook and other free online services have on the economy may be small, our results show that the benefits these services provide for their users are large.

Hah, I could be bought very inexpensively. Haven’t logged in for months.

you can now file different kinds of issues

Terraform is a tool for building, changing, and combining infrastructure safely and efficiently. - hashicorp/terraform

ohh they cleaned up the ui for it

@Erik Osterman (Cloud Posse) totally thought of you didn’t want to ping late last night - but it’s scary how quick and accurate it is!

also that picture is epic thanks for sharing

An Apology and an Update - Several People Are Typing 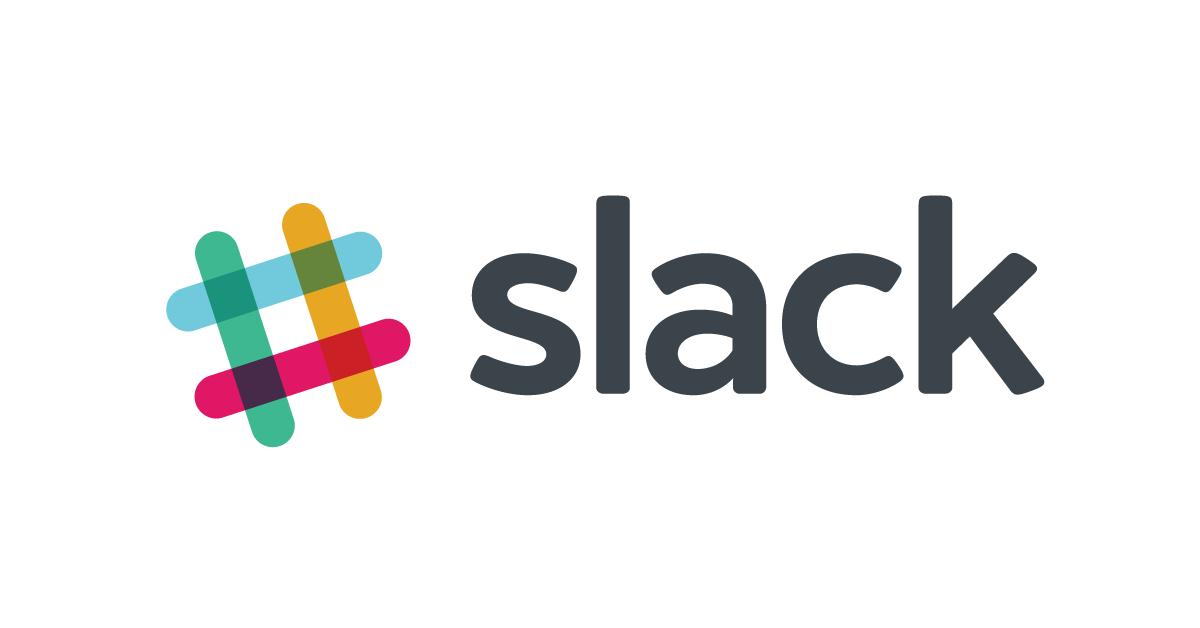 Two days ago, we updated our system for applying location information to comply with U.S. trade embargoes and economic sanctions regulations. Soon after updating, we discovered that we made a series of mistakes and inadvertently deactivated a number of accounts that we shouldn’t have. We recognize the disruption and inconvenience this caused and we sincerely …

How does deactivating accounts based on IP address get out of the planning phases?

time to create one for make readme

Records actions made in the AWS Management Console and outputs the equivalent CLI/SDK commands and CloudFormation/Terraform templates. - iann0036/AWSConsoleRecorder

Records actions made in the AWS Management Console and outputs the equivalent CLI/SDK commands and CloudFormation/Terraform templates. - iann0036/AWSConsoleRecorder

Is it friday already