anyone run into issues with github-actions and using an env value that starts with https://? e.g.

it keeps stripping the https:// from the env in the log, but i can’t find any docs on that behavior. and i’m pretty sure the yaml is fine?

i even tried an extra set of quotes…

which i can see makes it into the env and the run command as "". so it seems to be a specific filter for urls?

mystery deepens… even removing the https:// from the env, and hardcoding it in the run command, it still gets stripped?

and it prints as

ok, it’s not the https:// specifically. it happens when the env value contains a period . what fresh hell is this?

escaping it as \. in the env avoids stripping https:// but doesn’t remove the \ from the command…

leading and trailing periods are fine, so either of these work: .wut or wut. but this does not work: wut.wut

omg i am never getting that hour back. the issue with it stripping the https:// from the command is just a wonky issue with how github actions outputs the log. the value is passed to the command just fine. total red herring.

actual issue was due to aws v2 just returning a botocore object when there is an IMDS endpoint on the host, but it can’t figure out the region from that endpoint (which happens on Azure DevOps runners)… https://github.com/aws/aws-cli/issues/5262 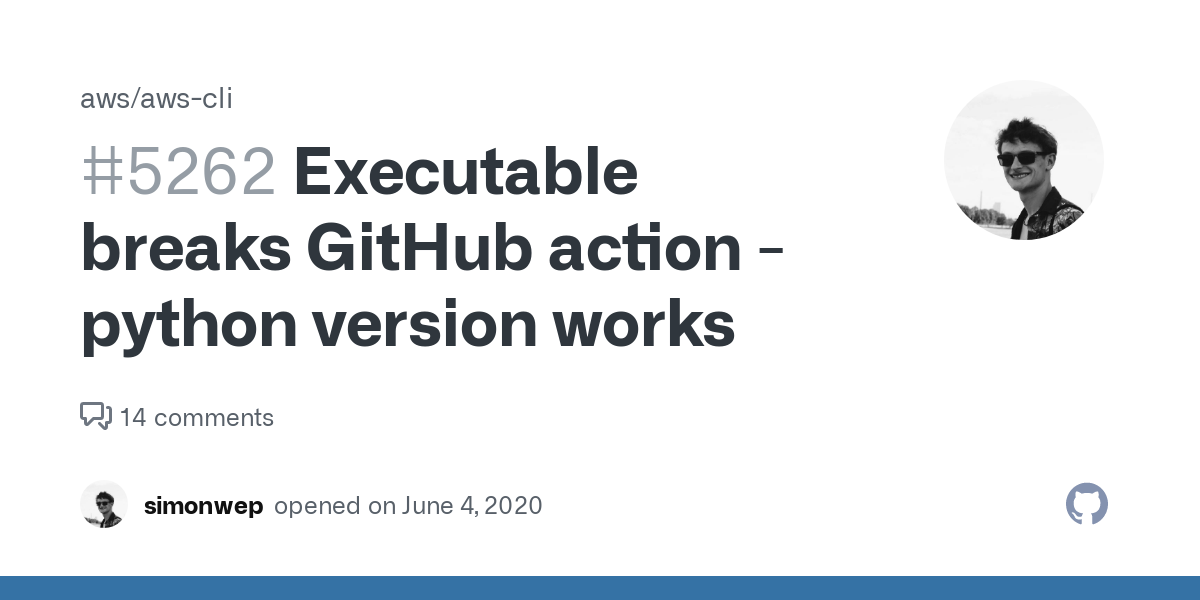 added the AWS_DEFAULT_REGION env and it was fine

hi folks, has anyone managed to get an idea the cost between GHA/ CodeFresh & Spacelift? Asking as i’ve been using GHA which is dead cheap however when i’m looking at the others i see 250$/m and that limited to 5 users.

the billing models are not the same. GHA charges per minute, while Spacelift charges a flat per-worker rate. You would need to do maths based on how many minutes you use per month to compare them

right, i see. Thanks @Alex Jurkiewicz for sharing this info, i’ll dig more into it

Yea, the comparisons won’t work. Spacelift and TFC are purpose built platforms specifically solving one problem for a niche demographic. Their business models necessarily are more expensive because they have a smaller market.

right i see the angle, make sense. thanks!

hi folks, in one of the office hours or other videos it was mentioned a CD pattern using GHA instead of codefresh/ spacelift. If i remember correctly it was said that a pattern of below could be achieved:

• TF config or modules in one git repo

What i don’t get how the source repos (in case of poly-repo where various TF modules are scattered in N GH org repos) will:

• be synced to CD git repo? What sort of dir structure layout will be on the CD repo to cover for multiple deployments for different root modules ?

• any metadata consumed by CD and generated by CI - how will that be available ? i.e each lambda zip file or docker image / or TF code will generate a new tag/ release … that needs to be consumed somehow by CD GHA workflows no ? anyway i forgot who made the claim about using GHA as CD, will love to understand more the pattern

any insights of using GHA as CD? thank you

@Erik Osterman (Cloud Posse) sorry to tag you directly … if you don’t mind, can you please shed a bit more context on the story you mentioned in this video (go to 4:29).

• If you have some TF code + other code which is pushed over the “wall” by GHA to “deployment” repo in its own branch, are you saying tools like Spacelift etc can watch a git repo for any dynamic branch name and then trigger a pipe ? I suspect there is more low level info which was not shared w.r.t pre-req on Spacelift side to create a pipe mapped to a known branch name on source (aka eployment repo), have i got it right?

• i guess in your above story, the source git repo TF code relates to a “stack” (root module or solution etc) and not “component” modules of different versions which could be shared between different customers/ env Thanks for taking the time to respond

now i have a better idea / understanding of various videos watched on your playlist due to the conv we had here , i guess the summary is that you are using the right tool for the job based on its own strengths:

i.e - specific to TF maybe TFC/ Spacelift; for apps (depending on the type/ deployment packaging etc )

@DaniC (he/him), here’s a gist of something I cobbled together for $job[0] while I wait for another team to deliver spacelift. I recommend skipping this and going for spacelift, but this may prove helpful to you if you’re in a similar boat. https://gist.github.com/jim80net/d6a9d291c2f860e14c825a92063aea13

fantastic, looking into it, thanks a lot for sharing it @jimp